How a Couch Potato uses Sport for Motivation.

It is timely during the 2018 Super Rugby season that I review the 2017 season from a motivational perspective. The focus is on what I saw in the marketing of our local team. And because I’m a bit of a couch potato how it motivated me.

I wouldn’t consider myself as a sporty type even though I’ve completed a triathlon. That was in the distant past. Recently I’ve enjoyed mountain biking. Now the responsibilities of a lifestyle block keep me in almost reasonable shape even if I’m beginning to take on the attributes of that couch potato.

Anyway, I’m lucky enough to live in the city that can boast one of the premier Super Rugby teams – the Canterbury Crusaders. We’ve been truly blessed to have a team of their dedication grace our city. They brought home the Super Rugby Trophy last year. We’d been waiting for 8 years for it to inhabit the trophy cabinet again.

It wasn’t that we’d had inexperienced teams as there is always a deep pool of talent ready to draw from. Since 2008 our worst finish has been 7th, – with four 4ths and two seconds. Each squad in each of those years had the potential to go on to win the championship so what made last year different. It would be easy to say the Coach as we had a new one. I’m sure he was a great source of inspiration. It was the players that took that inspiration and made it work on the field binding together to create an almost unbeatable spirit. How did they get there and what was so inspiring to me?

Beginning with the pre-season build last year up billboards started popping up around the city stirred something within. And that something obviously created an iron will within the team as they won game after game only losing one on the trail to the trophy – in fact surpassing the record they’ve held since 2002 of 13 games without a loss.

It was obvious each player had gone away and thought about what they would bring to the team and indirectly to the city that supported them. Their mantras said something about the commitment they felt. Will, pride, go-forward, trust, unity, support, opportunity, preparation and creativity had all been internalized and personalized first for themselves, then the team and ultimately for their supporters. (I’ve added my personal take on these mantras in italics)

There are certain laws that act as drivers for motivation. I thought more about what must have been going on for the players as they continued on their winning way. I imagined what it would mean for me if I was a player and I was seeing these billboards everywhere as I drove around Christchurch.

The first thing that sprang to mind was the Law of Natural Obligation – in which honour and conscience bind the person who holds that obligation. I felt that I’d want to give of my best not only to the team but also to the city that stood behind me and the responsibility to do that.

Law of Reciprocity – In response to the encouragement given by the team’s supporters I imagined winning matches would be a way of reciprocating this.

Law of Cause and Effect – for each effect there is a defined cause while for every cause we get a definite effect. Thought manifests in action and creates the effects that become the unfolding of our games, our lives. The way the team absorbs the influences driving them to success and prepares for each match becomes the ultimate effect. Winning.

One thing I have noticed this year is while they’re still winning they have had a couple of losses. Based on the billboard messages last year it seems that both personally and as a team, they were more intrinsically motivated than this year. The billboards indicated they were taking ownership of what they were bringing to the team on the field. While most of the billboards this year display a more extrinsic direction, a more outward focus to the messages they’re broadcasting to the city.

Intrinsic motivation means me, or the team, base our purpose on the inspiration that arises within us without being diverted by an outside influence. A motivation that is implicit within our consciousness and self-created.

Extrinsic drivers are based in purpose arising from outside of ourselves. These can be as strong as intrinsic motivations especially if we’re touched deeply by them. But if we’re not we’ll be easily distracted and then lose focus. If we’re part of a team we need to draw on our bonded strength and own everything as a unit.

Life is a battle for territory as Les Brown so eloquently puts it and so it is on a rugby field as well. Each game becomes a microcosm of life. At the end of each game the commentators will address the stats – the percentage of time each time has spent in the others territory and other elements that dictate how the score unfolded. Most often if you had the territorial advantage you would win the game as long as you could take any opportunity that opened up to score. Sometimes, however, this is not always the case especially if a team has a great defensive pattern and the talent to counterattack. At the end of the day, it is the team that scored more points wins.

So it is with our motivations. A battle for territory and we often have multiple battlefields – our finances, our relationships, our careers, our recreations, our health. We’ll make some territorial gain in one area only to find ourselves being pushed back in another area.

Losses are an indication we have to work harder – leave 100% on the field when we’re playing – give 100% when we’re practising. Reflect on our losses. What could we have done better? What did we do well even though it turned out to be a loss? Rather than attaching blame, taking ownership. And celebrating those small things we did even if they didn’t amount to win in the ledger.

Likewise, reflective practice is valuable even if we’re on a winning streak. Though we have a win perhaps there are elements of what we’ve produced that aren’t up there in our minds. Things we can give a bit more time to bring them to a peak. There’ll always be something we can improve in our lives with reflection.

And then there are the trophy moments!! The utter exuberance when everything comes together. The Shield was retained, the Cup was won and runneth over, the Event was a success, your SEO paid off and your page came up #1 in Google, someone purchased through your Affiliate link for a high ticket item, you finished a module in WA training and your rank took a leap, the ocean was crossed, the peak was conquered. Whatever it is it’s an opportunity to, punch the air, let go a resounding YES from the depth of our heart, uncork the champagne, bust out the breakdancing, hug the closest person to you, hug everyone, cry, weep, sob, stand around with a silly but serene smile on your face and a silent yes in the depth of your belly. However you do it, just know YOU ARE AWESOME! 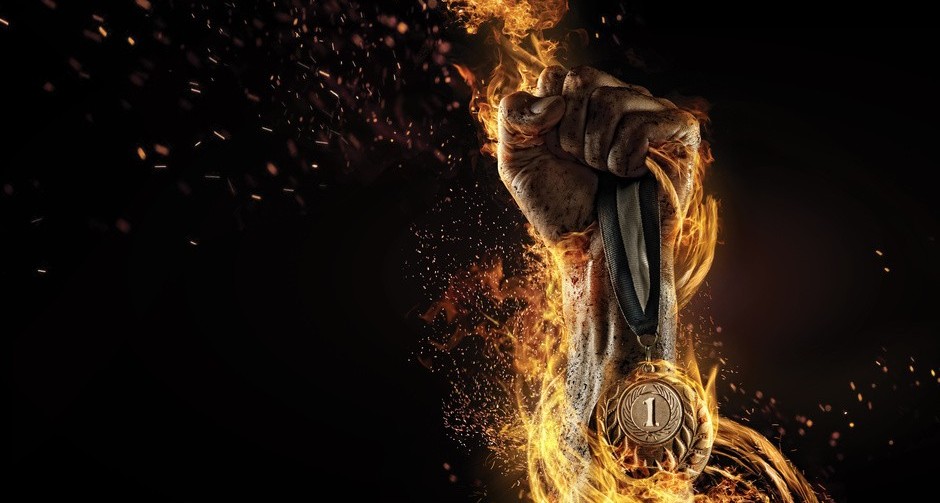 We need time on the couch and I’m not promoting a couch-bound lifestyle. There is good on the couch! What’s good? As long as we’re relatively distraction-free while we’re there we can let our thoughts flow. And armed with a tablet and stylus or notebook and pen we can record them and reflect on them.  Create to-do lists, timelines, plan, prioritise, and procrastinate. A little procrastination can help our clarity. Then when we’re ready, we can use our couch as the launching pad, the springboard for our latest project. A sports team may not be your inspiration – it may come in another form. It could be just as potent as you ponder the power it gives your motivation.