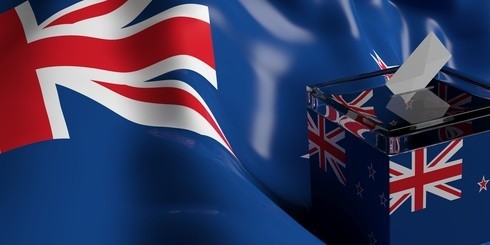 I don’t have a great deal of faith in politicians. I’m sure they go into politics with the best of intentions. I believe we need politics, just not in the form it currently takes here in New Zealand.  Most of what is apparent in the media is that politicians try to make points to sway voters, not through the work they do but by crying down the work others are endeavouring to do. This is more explicit during an election year. This point making gets great coverage during the leaders debates.

Left, centre left, right, centre right, far right, far left – far out. Each attempting to garner their share of the vote, especially in a mixed member proportional system (MMP) where 5% of the vote will get a seat in the government in NZ. There’s the staunch supporters of each party with a steel ramrods where their spines would normally be. They will never waiver from the cause as long as they live. And then at the other end of the spectrum there are the truly apathetic. Well they used to be apathetic – now they just don’t care!

The rest of us are arranged somewhere at varying points along the continuum. With varying levels of belief and disbelief. As it was election year in 2017 what follows are some of the beliefs the political parties wanted us to take up and the disbelief particularly from this commentator that they evoked.

Politics & motivation may seem to be a little at odds with each other? Well, perhaps not too much. Politicians are campaigning – motivating their voters to maintain their loyalty and to grab the fence-sitters that can’t make their minds up. 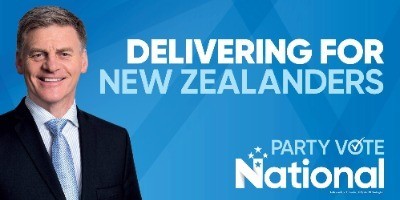 On the cusp of the election year – late 2016 the incumbent Prime Minister John Key stepped down creating a space for those waiting in the wings to push their claims. In the end they went with the obvious choice – Finance Minister and the PMs Deputy Bill English. A difficult time as there’d been another major earthquake with extensive damage to infrastructure. He coped well coming in not only with that on his plate but also the shadow of an election on the horizon.

When a party is campaigning for an election there are certain rules they must follow. They staged a good campaign – their billboards (the NATIONAL party) were probably the first to be sighted around the urban areas and countryside. Silly me! I thought they were advertising a new courier company! They were a potent force carrying the country through years of earthquakes and that was the best they could come up with? 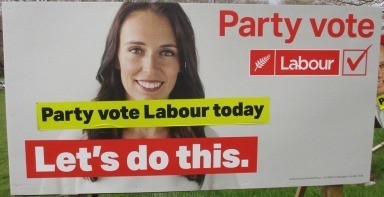 About the same time that John Key stood down there was a changing of the guard in the LABOUR party. Andrew Little took the reins and the party expected he was the figurehead on the prow of Labour’s ship sailing into the harbour of the election. His deputy in the campaign was the woman at left – Jacinda Ardern and the slogan chosen was A Fresh Approach.

No sooner had the electioneering begun Andrew Little dropped a bombshell and stepped down from the leadership and the reins fell into the hands of Ardern. A Fresh Approach became Let’s do this and the campaign gained some impetus with a focus on working towards the elimination of child poverty. On election day the scales were well balanced.

In the wake of election day National had a narrow lead. Once the Special Votes were counted (nearly a month later), a decisive majority was about as clear as mud. The Leader of the third string New Zealand First party Winston Peters came into play holding the power as KingMaker to either go with National and gift them another term or bring together the Labour, Greens and Maori parties to create a new government. Their campaign slogan was Had Enough. I guess he had had enough. Winston became a QueenMaker with Jacinda Ardern at the helm of a new government. She will steer the parliamentary ship for the next three years with Winston as First Mate.

A manifesto, often associated with political parties, is a published declaration of their motives and intentions. Anyone can access a party manifesto and see if its ideology gels with theirs. It’s helpful to know what a party stands for – if you can stand with them. I think I heard it said somewhere that if you don’t stand for something you could fall for anything. Back in the day voters would seek out the party manifesto. Today as I said before parties are relying on advertising on billboards, television, radio. Unless you’re watching or listening to the Leaders’ debates you’ll never be clear about what policies you’re voting for.

From a motivational perspective these political musings leave me with plenty to ponder:

That’s the beauty of life – everywhere we look, we can find soulfulness, wisdom and humour.

Big Decisions – 2018 How a Couch Potato uses Sport for Motivation.